You missed a busy week headlined by a strong showing of earnings from the tech sector and a dismal showing from much of the pharmaceutical industry.

It proved to be just as hectic as Wall Street digested Teva Pharmaceutical Industries Ltd.’s (TEVA)  dismal second quarter and bleak guidance, strong jobs numbers as well as the implications of bitcoins big split and Netflix Inc.’s (NFLX) plans to produce content in Mandarin and its attempt to overtake traditional studios and the movie theatre business.

Sure, there are implications for the generic sector’s performance, but what about Teva and its $35 billion debt pile? Well, in short, it ain’t good, at least according to the sell-side community. The same can’t be said for one of technical analysts who has an against-the-grain view of Teva after checking the charts.

Weight Watchers International Inc. (WTW)  shares rocketed 24% higher after posting growth in earnings and revenue over its second quarter. But growth wasn’t the key takeaway for us at TheStreet who remain focused on changing the way corporate America looks at the women in the boardroom. CEO Mindy Grossman spoke exclusively to TheStreet’s Lindsay Rittenhouse and Brian Sozzi to discuss why diversity yields long-term success in business.

Another earnings report that had hidden meaning outside the numbers was Kraft Heinz Co. (KHC) , which reported a mixed quarter where it beat bottom-line but missed on the top. We were screaming from the mountaintops, Kraft Heinz’ need for a new deal, specifically Unilever NV (UL) , a company Kraft had bid $143 billion to acquire in February.

Not to be overshadowed by the companies they target, activist investors were out in full force on Friday, agitating for change at NXP Semiconductor NV (NXPI)  and ADP Corp. (ADP) . TheStreet will take a win on NXP, a holding in Jim Cramer’sAction Alerts PLUS Charitable Trust Portfolio, as we’ve been saying for some time now that Qualcomm Corp. (QCOM) , should and could be forced to raise its bid for the semi. As for ADP, like I have said in the past, no one is safe. 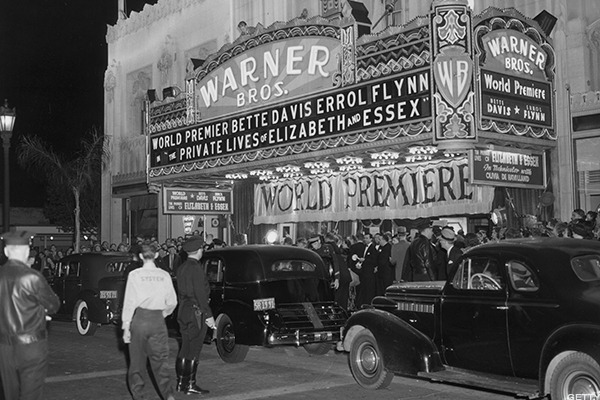 The movie theatre industry is in flux as Netflix Inc. (NFLX) continues to captivate audience and keep people on their couches. The company has done it with original programming and creative content. But don’t expect the theatre industry to die just yet as the majority of big Hollywood actors still prefer the big studio blockbuster to the streaming leader, despite the doom-and-gloom reports of the past week. Netflix’s huge earnings beat, coupled with AMC Entertainment Holdings Inc.’s (AMC) big earnings miss, left some analysts speculating that the exhibition industry is dying off and will be replaced entirely by streaming. Still, there is no denying that we have come a long way. The movie production companies were a key driver in building the American movie theatre industry. Above, you see people entering the Warner Brothers Theatres in Beverly Hills in 1939 for the premiere of “The Private Lives of Elizabeth and Essex.”

Tesla (TSLA – Get Report) is set to unveil its “unreal” semi-trailer truck in late October, Elon Musk said. Musk tweeted late Wednesday night that the much-anticipated truck may be ...